How to Watch BBC iPlayer When Outside the UK 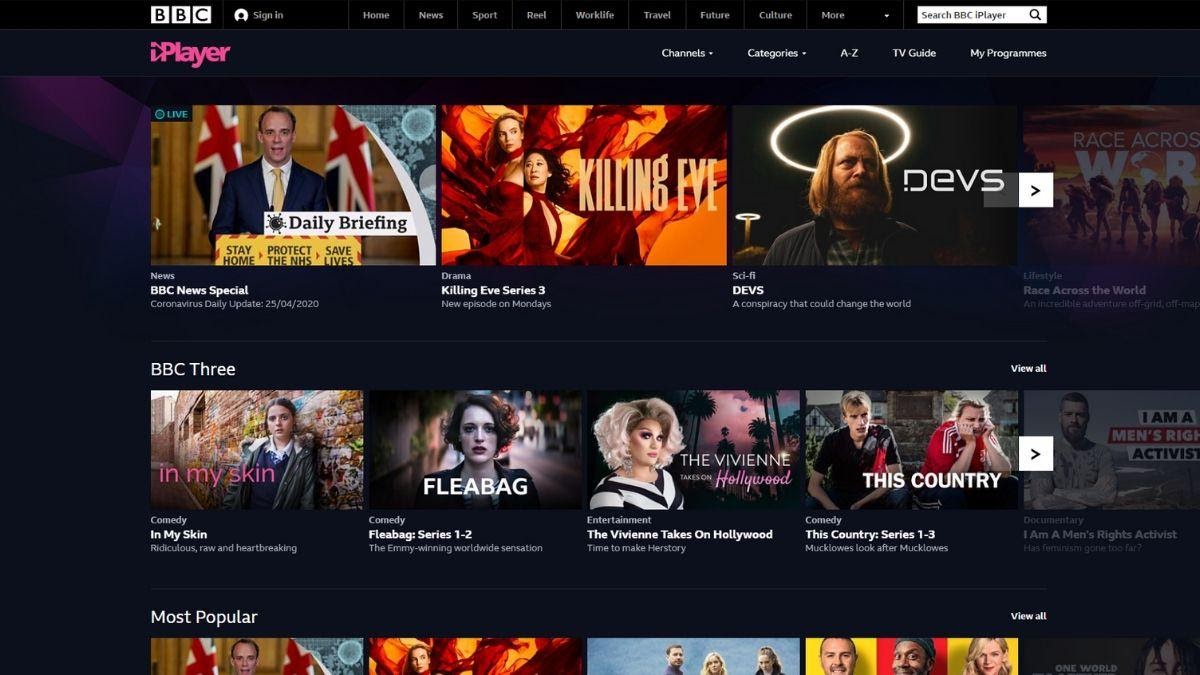 How to Watch BBC iPlayer When Outside the UK

Planning a trip to the US, or just upset you can’t watch BBC iPlayer there? In any case, here’s what you should do to unblock it without too much hassle.

Planning a vacation to the US or have to move there for work for a few months? It’s definitely exciting, but you might also feel a bit bummed out that you won’t be able to enjoy your favorite BBC iPlayer shows while you’re there.

Well, it doesn’t need to be that way! We’ll show you the secret to unblocking BBC iPlayer in the US here, so that you won’t be homesick during your stay.

Why Doesn’t BBC iPlayer Work in the US?

In a perfect world, it would be available there. But we don’t live in one. We live in a world where copyright agreements take precedence over Joe Blogg’s entertainment preferences.

It’s just a matter of using geo-blocks – content control technology that lets their website restrict user access based on their IP address. After all, your IP address reveals a lot of information:

So BBC iPlayer can easily see you’re not connecting to it from the UK. Based on that info, it will regulate what content you have access to.

Here’s How to Easily Unblock BBC iPlayer in the US

If your IP address is what the BBC needs to verify your location, you need to hide your real IP address. Easier said than done, right?

Not if you use a VPN – an online service that masks your IP address. All you need to do is connect to a VPN server in the UK, and it will replace your IP address with its own address. When you access BBC iPlayer, it’ll see a British IP address, so it won’t restrict the content you can view.

Even better, a VPN will encrypt your traffic, preventing your ISP from throttling your bandwidth when you binge your favorite series.

If you don’t know how to use a VPN to start unblocking BBC iPlayer in the US, just check out that link. It’s a comprehensive yet easy-to-understand guide that shows you everything you need to do.

Can You Unblock BBC iPlayer With Tor?

Yes, you can use Tor to do this since it hides your IP address just like a VPN. Even the BBC iPlayer site acknowledges that Tor relays can play programmes. You just need to make sure you’re using a Tor relay in the UK.

But here’s why you might not want to use Tor for this: slow speeds. Right now, there are a little over 6,000 relays that serve around two million users. Safe to say, if you try to binge BBC iPlayer with Tor, you’ll get a lot of buffering.

Before we wrap up this article, let’s debunk some common misconceptions people have about using BBC iPlayer outside the UK. You might have heard this stuff from other people, or articles:

1. You Can Download Shows to Your Device Before Leaving So There’s Nothing to Worry About

Yes, you can definitely do that. But most of the people who say this probably haven’t read the whole FAQ page. If you check the end, you’ll see there’s actually a catch:

So, if the shows you downloaded get taken off BBC iPlayer, or if you weren’t aware of the availability period for a series, you’ll be out of luck. The platform will automatically delete them off your device.

Plus, let’s face it – filling up your device with tons of memory-hogging content isn’t convenient. You’re going to need that extra space for the travel apps you’ll be using while you’re away.

2. You Can Access BBC iPlayer Outside the UK So You Don’t Need a VPN

This is true, but misleading. Yes, you can connect to the BBC iPlayer website if you are from the US. But if you try to watch certain shows, you’ll just get an error saying you’re not in the UK – like we did when we tried to watch an episode of This Country in the US. Here’s the thing – you can only watch stuff on these services if you’re not in the UK:

And even then you’ll still deal with geo-blocks for certain content.

Keep in mind – just because you get access to the homepage doesn’t mean you can browse the whole website.

BBC iPlayer has tons of awesome content, but it unfortunately doesn’t work in the US. That’s a real bummer if you were planning to travel there, if you need to move there for work for a period, or if you just live in the US.

Luckily, you can bypass BBC iPlayer’s geo-blocks with a VPN. You can also use Tor if you want, but don’t expect good speeds.

If you know other ways we can unblock the platform while we’re in the US, let us know.